A Simple Blood Test for Concussion Is Being Developed 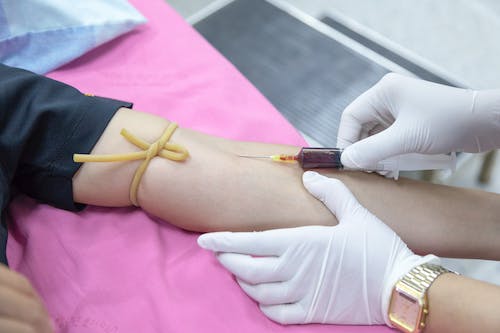 For most injuries diagnosis and treatment are straightforward. For many injuries such as a broken bone, the symptoms are clear and diagnostic tests like x-rays clearly show the extent and location of the injury, and treatment flows from there. Concussions, however, are a common injury that we have a difficult time diagnosing due to the lack of a single definitive diagnostic test.

Concussion diagnosis is based on self reporting of symptoms and observation. If a person suffers a concussion, they can hide it, or it can simply be missed.  For athletes or others such as soldiers and first responders there may still be some career limitation or stigma attached to admitting you are injured. The physical, mental, emotional and cognitive ramifications of concussion can be serious.

Concussions which are really mild traumatic brain injury, usually result from a blow to the head or body. They can be caused by slip and falls, workplace injury, physical assault, sporting accident, or from concussive blasts in a military context. They can have obvious physical symptoms – people who lose consciousness, have ringing in the ears, seem ‘our of it’, have headache, dizziness, and balance issues. Cognitive problems also result from concussion and these can include difficulty remembering, forgetfulness, irritability, anxiety and disrupted sleep patterns which may exasperate all the other symptoms.

Some people who suffer concussion suffer all the symptoms, some only one or two. To date, the diagnosis of concussion relies on a checklist of symptoms, observation and self reporting. Diagnostic testing such as x-rays are not effective in revealing concussion.

The good news on the concussion diagnosis front is that the FDA has approved a new blood test for TBI and concussion with brain bleeds. In clinical trials it was shown to be 97.5% accurate which is wonderful.  Having a test like this that is easily available and rapid to use could change the way we diagnose concussion and advance the treatment of them.

Linda Papa of the Orlando Regional Medical Center in Florida is working on tests that detect  two proteins, GFAP and UCH-L1 that are released when the brain bleeds and we hope this research leads to quick testing.