Has Long Covid Prompted Research On Other Chronic Illness? The number of new COVID cases being admitted to hospitals in Ontario has begun to decline. We don’t have any idea of the actual number of cases in Ontario since the government has stopped most routine testing and reporting but with the reduced hospital admissions and high rates of vaccination, we can presume numbers are stabilizing and that we have entered the endemic stage of the disease rather than the pandemic stage.

What does this mean?

Entering the endemic stage means that the disease is not widespread and established. We have treatment protocols, preventative vaccination, some experimental treatment drugs, and a better understanding of the disease spread, progression and trajectory of illness.

What we don’t understand yet is Long Covid, who gets it and why, and how it will impact those affected.

What is Long COVID?

Long covid is a chronic condition resulting from infection with the SARS-CoV-2 virus which can include a broad range of debilitating symptoms. As with many other chronic and poorly understand conditions there is some fear that the vague and varied conditions may be dismissed by the medical community who find it hard to diagnose. Symptoms like brain fog, chest pain, fatigue, cardiovascular symptoms, and roaming pain have become common complaints in those with long COVID.

COVID is hard to track in conventional tests because they can be transient. Patients can become discouraged and despondent or depressed complicating diagnosis.

As researchers begin to define what long COVID is, questions have been raised about other chronic diseases that are not well understood. Meghan O’Rourke has written a new book called “The Invisible Kingdom Reimagining Chronic Illness” . Ms. O’Rourke appeared on NPR’s Fresh Air program to discuss her book. You can listen to the episode here.

We’ve included the transcript of the interview below for you.

Understanding chronic disease is key to treatment. Depression, substance abuse, and decreased employment opportunities all become more common as time passes in those with uncontrolled or untreated chronic diseases.

If you have a long-term chronic condition and are fighting for benefits with your insurer give our experienced disability lawyers today for your free initial consultation. You can reach us at 1.866.414.4878 or online. 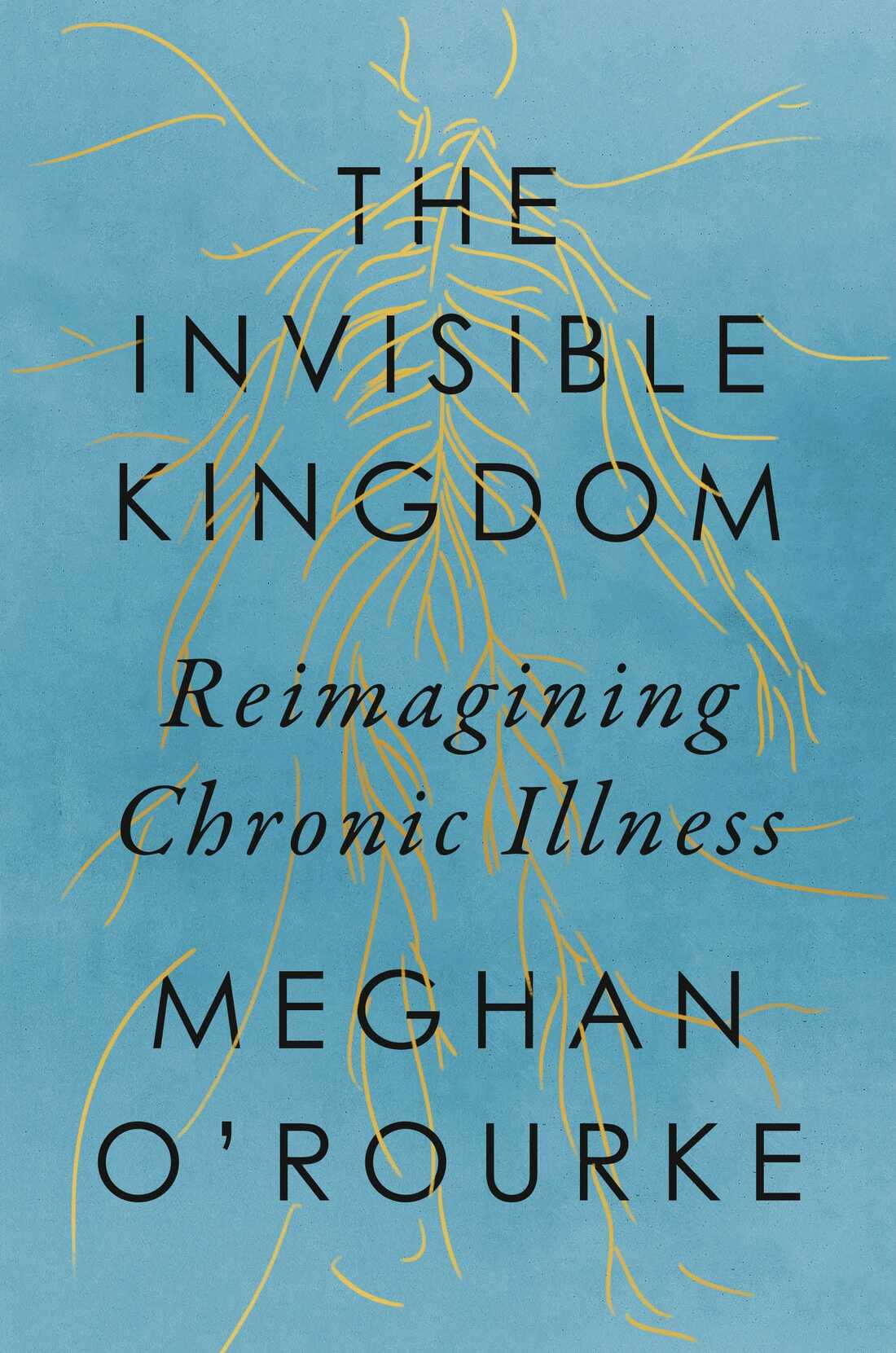 There's also some evidence suggesting that in some parts of the body, fragments of the virus remain or in other parts that the virus itself remains, persisting and triggering ongoing immune action. ...

One of the great mysteries is: Why do some people get a mild case of acute COVID and then end up unable to walk up and down stairs, almost bedridden, subsumed in brain fog? A recent study found that there are some indicators that can tell us a little bit about who might be prone to get long COVID. One such indicator is the level of coronavirus RNA in your blood early on in the infection.

That tells us something about that term "viral load." If you have a high viral load early in your infection, even if your symptoms are mild, you might end up with long COVID. There's also evidence that some of these things called "autoantibodies," which are the antibodies in autoimmune disease ... that instead of attacking those pathogens that are coming into your body, actually end up mistakenly, mysteriously attacking your own tissue instead. Another factor is people who have reactivated Epstein-Barr virus, which many of us have had, but some of us have these episodes of reactivation that can be a sign that you might develop long COVID, and another is the presence of Type 2 diabetes.

What kept me up at night as the coronavirus pandemic came to the United States was not just the wave of acute infections that were clearly coming, but also the prospect of a tremendous wave of chronic illness that would follow them. The research I had been doing already for five years had taught me that in many cases, infections can leave ongoing problems in a subset of patients in ways that we're just beginning in medical science to really research and understand.

Many autoimmune diseases are triggered by viruses, in fact. It's the interaction of a virus or an infection with your own genetics [that] can, in some cases, trigger conditions like lupus or multiple sclerosis, as we just found out in a big study. So I had been talking to virologists and researchers who work on the ways that Epstein-Barr creates all kinds of lung conditions. And reading these early reports of the severity of the SARS-CoV-2 virus just had me worrying that a tremendous number of people were going to get sick and never get better.

So I was kind of lurking on message boards and reading around from pretty much April of 2020 to see what I was seeing and pretty quickly just started seeing these terrifying messages that reminded me so much of my own case where people were saying, "I just never got better. I got sick. I have brain fog. My energy is gone. I'm not the person I once was." I read those with a chill of recognition.

A lot of women who ended up diagnosed with hysteria had abdominal pain, bouts of fatigue, symptoms that came and went. So doctors originally were trying to kind of figure out what was wrong with these women, and they thought that it was a disorder of the nervous system, which was newly discovered and something there was a lot of excitement around. And when they couldn't find an answer in their tests, they then ended up abandoning that idea. Doctors start to increasingly talk about the ways that hysteria is caused by women's brains, that women are trying to use their brains too much and so therefore they're sick.

The reason I [say] autoimmune diseases and chronic fatigue syndrome, or myalgic encephalomyelitis, and chronic Lyme disease and fibromyalgia ... are today's "hysteria" is that ... in the research I did, you can see medicine is incredibly uncomfortable with areas of uncertainty, diseases it can't measure, diseases it doesn't have a really clear handle on. And so when ... anyone who has one of these diseases goes into a doctor's office and says, "Doctor, I'm experiencing fatigue. I'm experiencing brain fog. It comes and goes," you very quickly get to the question of whether you're anxious.

There's this really fascinating phenomenon in current medical science in which patients who live at the edge of medical knowledge, patients whose diseases we have a tough time measuring or we just don't understand yet ... rather than being told, "Hey, you're probably someone who has something I don't understand," such patients are often told: "I think you should see a psychiatrist. I think you are suffering from anxiety. Maybe you have depression."

I want to be really clear: Advances in how we treat mental illness are one of the great triumphs of 20th-century medicine, and it's really important to talk about mental health and chronic illness. But the problem I kept seeing patients talk to me about — and what happened to me — is that doctors often go to the suspicion of anxiety in a way that forecloses further investigation into what might be going on.

On why she found integrative medicine helpful

The reason I found it so helpful was that they take a whole-body approach. They are medically trained doctors, so they're looking at your labs and they're prescribing medication when appropriate, but they were also talking to me about things like my sleeping habits, the level of stress in my life and food sensitivities and trying to really help me figure out what foods made me feel better and what foods made me feel worse, because a lot of the time when I ate, I just felt really sick afterwards — I got terrible headaches. So they worked with me very patiently to try to manage my illness.

I think working with integrative doctors helped me feel that I did have a partner in my health care. I'm a very evidence-based person, so one always has questions about some of the aspects of medicine that are less well studied, like supplements and all of that, but in my case, it just became really clear that what these doctors were doing with me, the kinds of lifestyle changes they were advocating, made a big difference in my day-to-day functioning.

One of the things I found in my reporting was that many people who lived with these illnesses, who lived with autoimmunity, thought that the problem was something in themselves ... that they were living an inauthentic life. They hadn't lived the life they should lead. And in this way, they took their illness and they turned it into a metaphor for personal inauthenticity that only they could overcome, which is a huge burden for an individual to live with. ...

These diseases kind of allow both sick people and people who are healthy to see the problem as an individual problem, [and that] allows us to look away from the social factors that are contributing to the rise of these diseases. So everything from food deserts to lack of chemical regulation to probably our chronically fast-paced lifestyles and lack of social safety nets for new mothers and all sorts of things. I really just came to think that these diseases reveal something to us about our culture in a way that made them deeply representative of aspects of the time that we needed to look more deeply at. Episode 30: Bob Williams - Bob is not an elected politician, but he has dealt with a lot of them
Related Blogs: Law and Legal Services